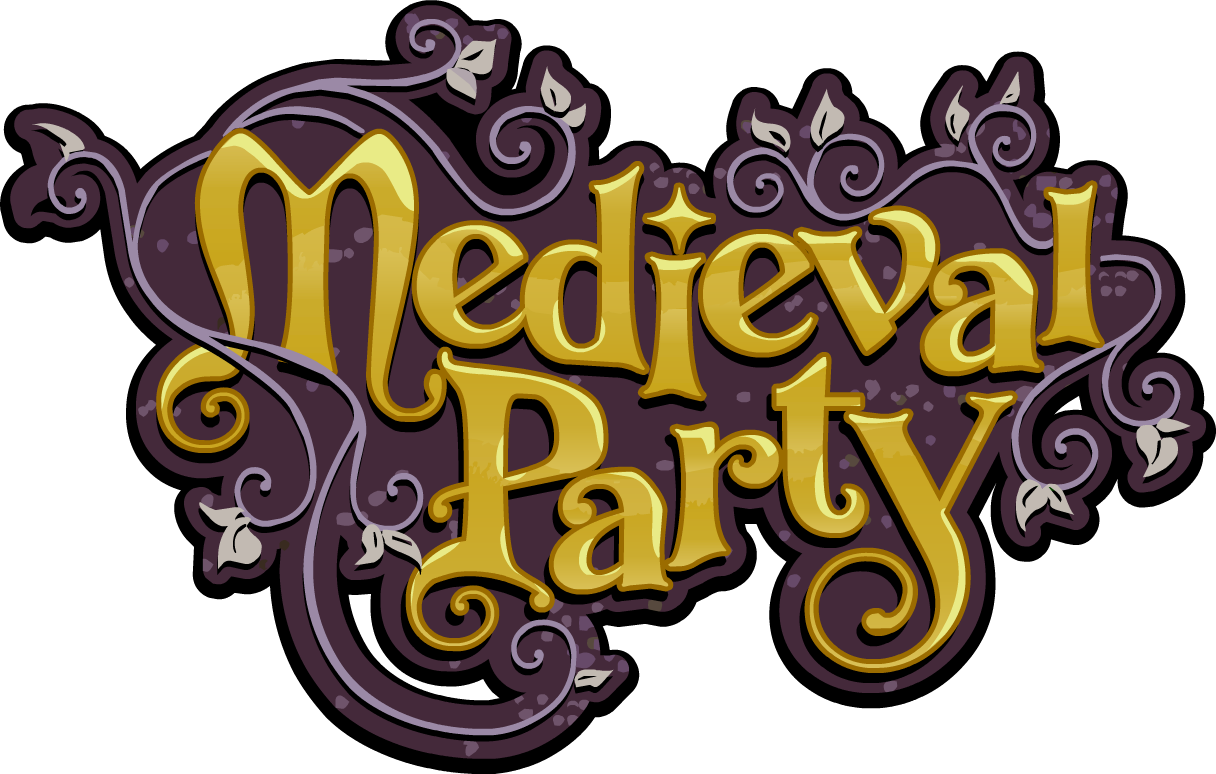 Hello fellow penguins! The time has finally come! The Medieval party, often thought to be one of CP’s best parties has returned to the island. Dragons and adventure await us! Click continue reading for our extensive walkthrough!

Oh wow, the entire island, counting on us, no pressure, Thanks G

Whilst in the town, click the small book on the bottom-right for the medieval catalog, and also a mysterious message.

Hmm, interesting cryptic message, maybe we can piece that together later. First let’s head over to the mine to start working on quests. Click on the well to find the challenges.

All you have to do is stand on each one to light them up, once each light up the door will open. However take note of the plaques on the wall.

That’s all, just hit 50 targets, it’ll take a while, but while you’re here also pick up the staff and shield and take note of the plaques.

Using the knowledge we have of the plaques that Fish = Up, Crab = Right, Jellyfish = Left, Boot = Down, we can successfully navigate this maze going: Down, Left, Down, Right, Right, Up. Your maze may be different from mine, so make sure to take a picture of your instructions before you embark.  Also make sure to collect the helmet before you embark.

And that’s all for Quest 1, be sure to get your suit of armor and head out the door to the next one.

Just throw snowballs at the four torches in the corners to make them dissipate. After they are all gone the way should open. (Side note if you have already done this puzzle during a part, the way might automatically open for you)

This one is hard to explain because each puzzle will be different, but you’re trying to get the key into the hole. If you’re having trouble there’s always people on our discord who are always happy to help! (Side note: If you have already done this puzzle in the past, you can press the red button to speed by.)

Make sure to pick up your trusty Horse item before you enter the Dragon’s lair. Once you enter this dragon is pretty easy to beat. Fill up the barrel using snowballs and once the cannon is full, and the button is green fire it at the dragon. Once hit 3x the dragon will electrocute, and the gate will open. The instructions are also on the piece of paper next to the barrel, just click it. (Once again if you’ve already done this puzzle before the gate will auto open)

After defeating the dragon you can have the spoils of war. Dragon’s gold for your igloo and a toothbrush pin.

This can be an easier game than you would expect. My first suggestion would have been to watch one color. Then guess between the other two if it wasn’t, however if you play with multiple other penguins, you can get a feel for where correct color is, when the board asks where a color is, just flock to the panel everyone else is. Once beaten three times the gate will open and if you’ve already played this game, it will auto open when you arrive.

For this game it’s a simple knowledge of knowing what buttons open what gates. And easy for you, I’ve done the hard math and figured out the easy combination. Hit the buttons in this order: Red, Blue, Yellow. And then walk across! Don’t forget to claim your Helmet in the beginning, if you’ve done this maze before you can walk across on the bridge on the left.

Before you walk into Stage 3 of this quest you walk into a room. Do not just pick up the shield and leave. You need the shield so do pick that up, but take a gander at every picture. they tell you how to defeat each dragon in the next challenge:

Yellow: Use your trusty shield you just received to bounce attacks of the Yellow Head back to itself.

Blue: Throw snowballs at the lava buckets above it’s head to take out the Blue Head

Red: Throw snowballs at the Red head to take it out.

To avoid the Hydra’s attacks, take note of what panel highlights right before they attack, avoid those panels unless you are reflecting the yellow hydra’s attack back to them.

This can be fun with just yourself, as when you play with a bunch of people it’s just them spamming stuff and it’s not quite as fun or a challenge.

Now enjoy the spoils of war with your whole White Knight outfit!

Before we head to our next quest, head to the boiler room to collect the Scorn Crest pin, just roll your mouse over the cauldron above the Pin Maker 3,000 sign, and it will make it itself.

While we’re collecting free items, head to the Stadium where you can collect the Squire’s outfit!

Next head to the Ski Hill wear it seems another dragon has been terrorizing the island. (Where does it end) Collect the free helmet before you enter the gates.

Then collect the Cape on the bridge.

Then, enter the battle with the Dragon Queen. When you enter you are given instructions.

The best way to do this is as soon as the queen blows her smoke, get out of her way, she will blow fire your way. Then start throwing snowballs by spamming “T” and clicking on her, then she will blow smoke and move towards you again. Repeat this until she is defeated, but make sure you stay alive. After you defeat her she will shrivel and then…

Scorn the dragon king will seek his revenge. Scorn is a much easier boss battle in my opinion.  All you have to do is shoot at the orbs as they float up. Try and get combos and also aim for the bluer orbs as they give you more points. After you defeat thorn you will be given a background and a handsome reward.

And that’s all for this party…for now! They might end up adding more details in the coming weeks, we’ll find out.

Gary will most likely be visiting the island throughout this party so be sure to join our discord to meet other penguins and to track mascots. And if you’re really into tracking mascots you can also follow our Mascot Bot on twitter!

Here to help with all your CPR needs! You will usually find me on the server Sleet. Join our discord at https://discord.gg/3x8467W View all posts by LσяdNιиja

One thought on “Medieval Party Walkthrough”