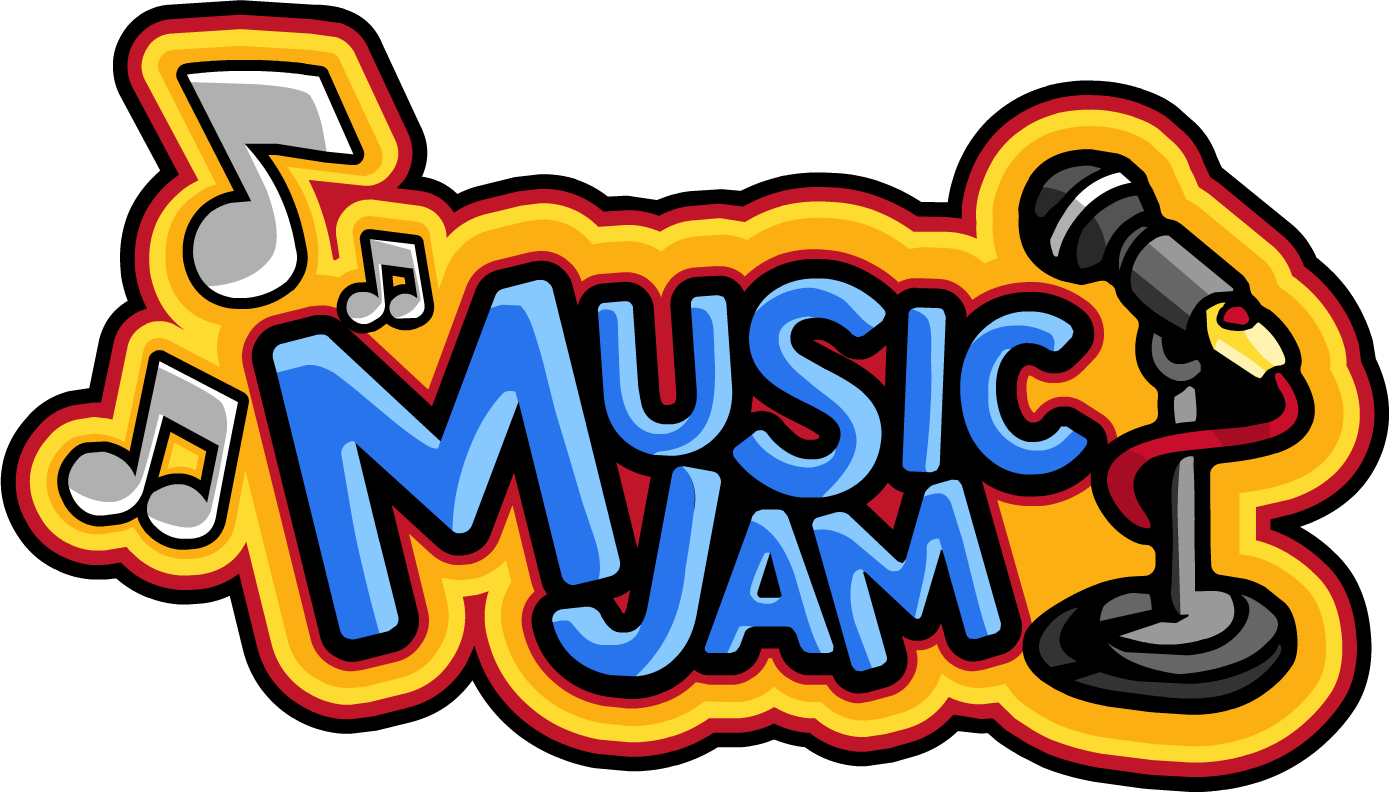 Hello Penguins! After some small delay of a handful of hours, the 2019 Music Jam is finally here, ready to jam us up! There are many great things to do during this party, which will last until the 6th of June. Along with this there is a new pin! Continue reading for a complete walk through!

First is the new pin that is hidden for the next few weeks. It is a red electric guitar located in the Plaza near the bottom left by the tree, it’s a bit tricky to find.

The first set of items can be bought from the Merch store at the Snow Forts or Ski Village. It is noted that to access certain VIP rooms and items you will need to purchase the All Access pass for 50 coins.

Now that you’ve got that, head over to Dock backstage to pick up the Music Swirl Tee. The instruments catalog can also be found in this room with a couple secret items (Thanks CyberSpy for the tip!) Awesome!

The second item is located at the Cove and it is the Music Jam Cap. It’s Jamming Time!

The last item is in the Rooftop (upstairs the Dance Lounge in the Night Club). It is a very stylish Boombox. Show everyone your cool dance moves with this exclusive item!

Along with these updates, it appears that there are two new rooms for this party which can be accessible via the Snow forts. They are the Concert Hall and the according VIP room. In the Concert Hall there is a timer counting down to a special “performance”.  No, unfortunately it is not Billy Ray Cyrus and Old Town Road. It’s just Cadence and a bunch of random penguins dancing for 10 seconds. We rate this staggering performance a solid .5/10.

Here is some interesting trivia we have previously posted specifically for this party:

Finally as per usual, it is expected some mascots will appear in this party. They are anticipated to be Cadence and the Penguin Band. To be notified when these mascots appear on the island, be sure to join our discord where our Mascot Trackers will keep you updated on their location. Come join the fun with over 1,400 penguins just like you today!

Wow! What do you guys think of this Music Jam? Do you think it was worth the wait? Let us know!

I created CPRCheats.com three weeks after CP Rewritten's launch. I usually log on to Zipline whenever I come online. View all posts by zippy